Another betting week is behind us, and I'm here with my weekly report for week 29 of my betting journey.

My reports are something very important for my betting journal because I know that many punters and tipsters are reading it. That's why when I present the weekly results, I try to be fully accurate with the applied strategy and use the most reliable betting tools in order to analyse better and provide the correct information.

Did you watch the clash between Anthony Joshua and Andy Ruiz? Or the Manchester Derby? The weekend was fulfilled with great events, and while I have been watching the big games, I placed bets advised by the tipsters, who I follow. During the events my phone is always charged, my bookmakers' accounts are funded because I know that the tipsters can post in-play tips at any moment. I love to place in-play bets because I can take advantage of much better betting odds.

However, in week 29, I placed 117 tips suggested by my tipsters with a set stake of £45 (only Rosso27's tips were placed with £55). I followed the rules strictly to place bets only on ten major leagues plus all scelam single tips. The week wasn't good, and the tips generated me a weekly loss of £354 with a negative ROI of 5.84%. 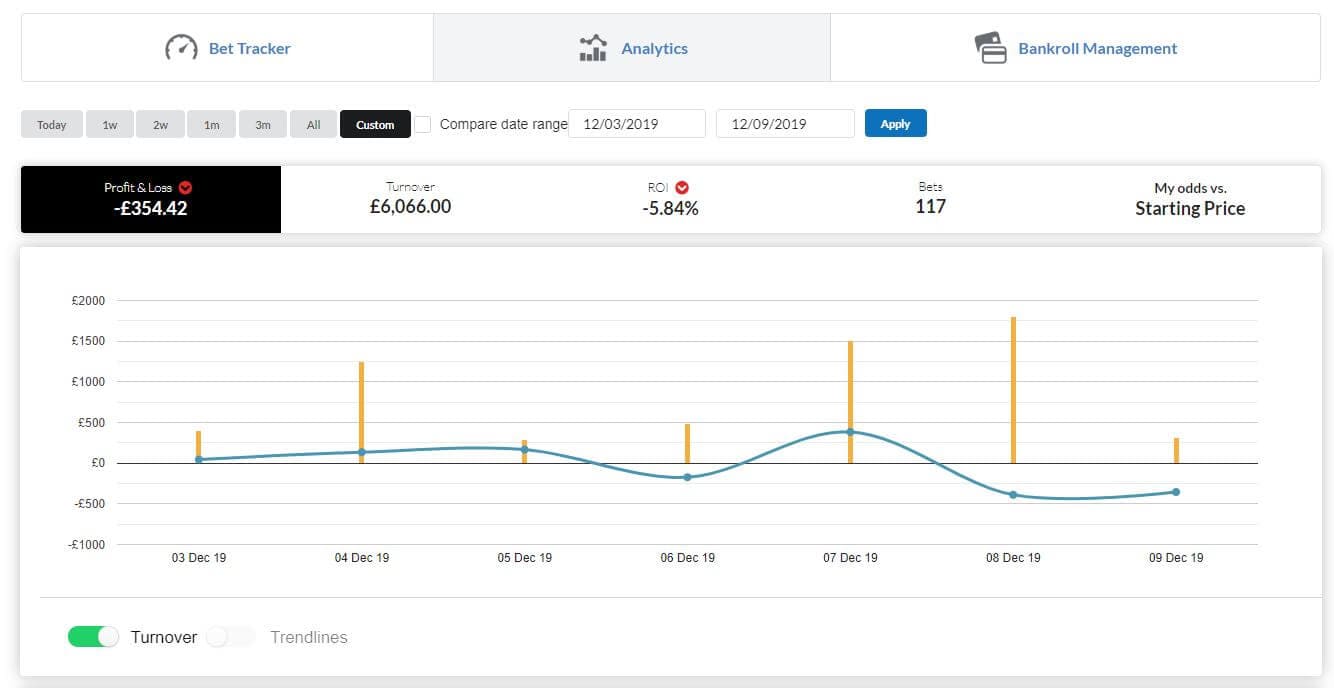 Check below the performance of each tipster in week 29:

In week 29 scelam posted only seven single tips. He preferred to post a big number of multiples, which aren't in line with my tactic. However, the posted tips generated me a weekly profit of £55 with a positive ROI of 17%. Although the small amount of used tips, scelam's approach is very professional, his tips are well informed, and you will not make a mistake if you choose to follow him and his suggestions.

Park-Life-Tips advised 17 tips last week. He successfully came out of the consecutive weeks with losses and generated me a weekly profit of £168 with a positive ROI of 22%. The average odds of 2.10 and a hit rate of 64% made his tips profitable. He performed very well at the market Over 2.5 goals, where he hit 7 out of 9 games.

freguli had an unsuccessful week and weakened my portfolio with £190. He posted 30 tips, only 12 of which were won. All of the suggested tips were at the market 1x2, and freguli didn't provide a variety of tips in week 29. However, he is a proven tipster for my portfolio, and one losing week can't break my trust in him.

Ejizzymoi suggested 34 tips, 18 of which were won. The low average odds provided by the tipster are the reason why he generated me a weekly loss of £130 with a negative ROI of 8%. I analysed in details his performance since he joined my portfolio, thanks to the bet tracker bet tracker, which I'm using to track each received tip. In total, for around two months, Ejizzymoi brought me a profit of £150. His most effective odds range is 1.40 - 1.70, where he has a 65% hit rate. However, I don't think this is enough because I see a lot of potential in Ejizzymoi tipster service, so he has much to improve.

Rosso27 had poor times during week 29. He posted 29 tips (23 multiples), all of which I placed with £55. His tips generated me the biggest loss for the week - £257 with a negative ROI of 12%. As I said in my reports, I'm not a big fan of the multiples, because they hide a lot of risks. That's why next week I will try to place all single tips received by Rosso27, doesn't matter of the league or the odds.

However, week 29 passed, and I'm looking forward to the new challenge - week 30. In it, I will continue placing the tips with £45 from the ten major leagues provided only by Ejjzzymoi, freguli, and Park-Life-Tips. For the tips received by scelam and Rosso27, I have a different approach, and I will place their single tips with £55 doesn't matter of the league, sport, or odds.

From the beginning of my journey, I have positive trend line - I placed 4434 tips in total, which generated me a profit of £3260. I'm very confident that soon my betting bank will raise thanks to the received tips. 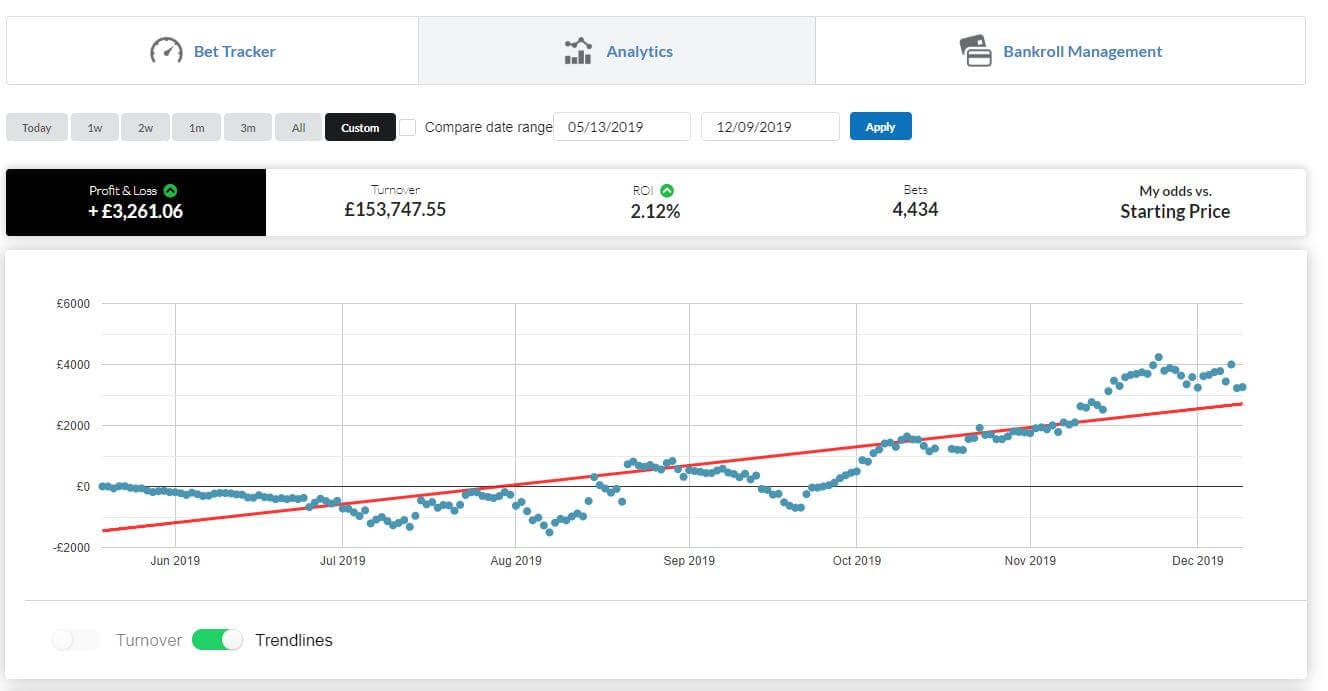 account yet ?
Related Articles
Bet Journal - week 43 result update
I have to admit that last week was difficult for betting, and I assumed that the tipsters were facing many challenging circumstances due to the limited choice. During the week, I placed 74 tips in total, which generated me a loss of £94. Bear in mind that 11 of the placed tips were postponed, so this is one of the reasons why I couldn't make any profit. Check my report and find more.

17 March 2020
Bet Journal - week 42 result update
During the week, I placed 62 tips suggested by scelam, Park-Life-Tips, and the new tipster carlosmo. 28 (45.2%) of the suggestions were won, but the good average odds (2.60) made the week profitable. Read my report and find more.

10 March 2020
Bet Journal - week 41 result update
Week 41 of my betting journal brought both good and bad news. The tips provided were great and generated a profit of £793. However, some of the tipsters weren't active or sent unprofitable suggestions. Check out my report, and see how I reached the profits, and what type of changes I'm going to make.

04 March 2020
Bet Journal - week 40 result update
In week 40, I placed 134 bets, which generated me a weekly loss of £337 with a negative ROI of 4%. Definitely, the week wasn't successful, but still, my tipsters deserve respect for the entire work that they are doing. Check out my weekly report and see how the tipsters performed in week 40.

25 February 2020
Bet Journal week 39 results update
Week 39 passed with 193 placed tips, which generated me a weekly profit of £1358 with a positive ROI of 13%. During the week, I tried to use various bookmakers for my betting in order to place a large number of bets with bookmakers money. Check out my report, and see how I reached the profits in week 39.